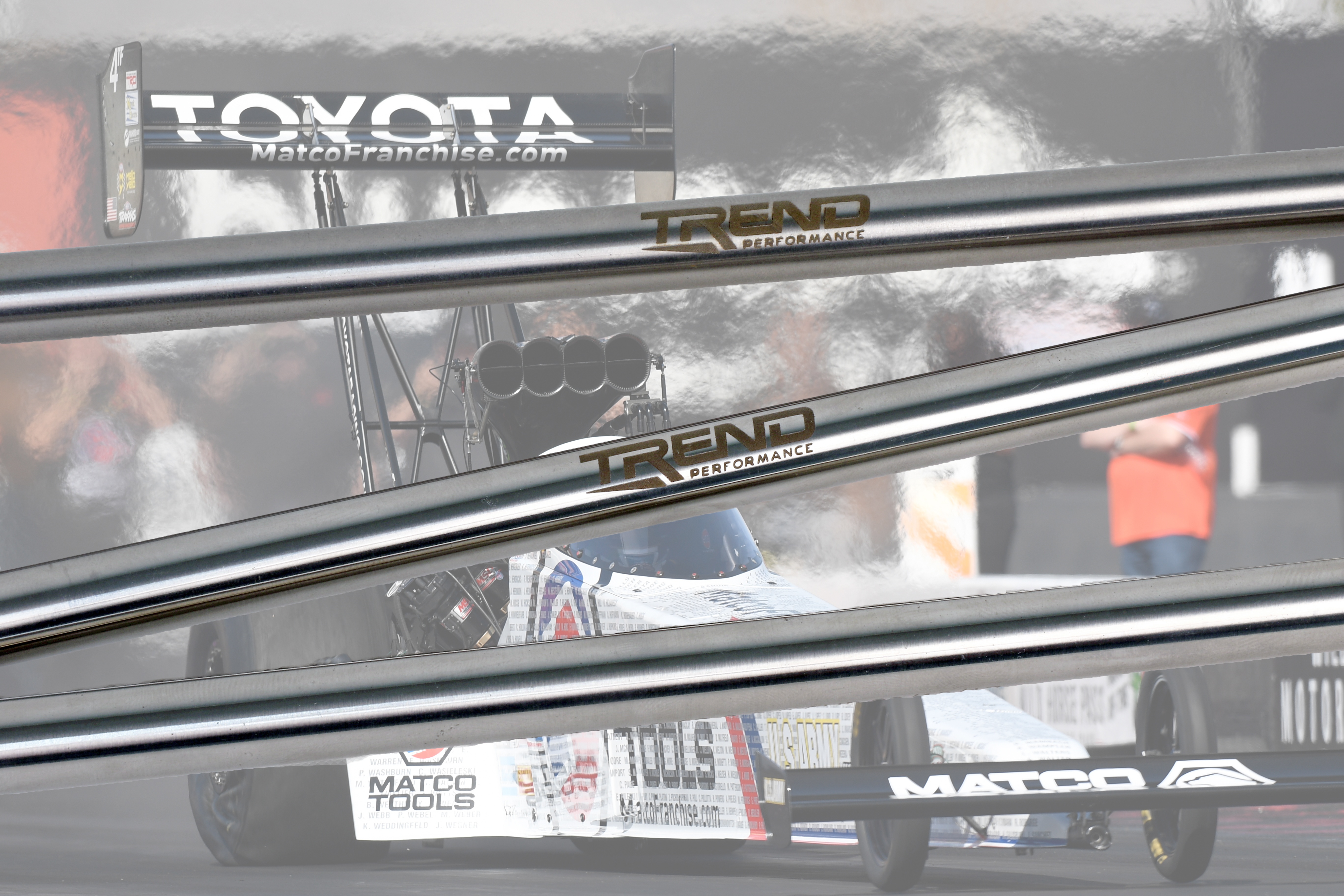 What it Takes To Build a Top Fuel Pushrod

It's no secret that inside a Top Fuel engine is an incredibly rough environment. Building a pushrod to take the abuse of 8,000-10,000psi of cylinder pressure is a challenging job. See what it takes in this story...

It wasn’t too long ago that Top Fuel teams ordered camshafts with the exhaust valve opening about 20 to 40 degrees earlier than normal to compensate for pushrod flex in the valvetrain.


Igniting a 62-cubic-inch cylinder full of nitromethane under 50 pounds of boost created incredible pressures that made it difficult for the camshaft to open the exhaust valve and relieve those spent gasses through the zoomies. Caught in the middle between the lifters and rocker arm were foot-long pushrods that tended to flex under the heavy load—so much so that the cam timing was not only late but erratic.

That once-tenuous link in the system, however, is now one of the most reliable components in the engine, thanks to new materials and construction techniques by Trend Performance. Made from H13 tool steel, this new generation of solid pushrods can least a season.

“I have some teams that actually have a couple years on them,” reports Bill Vinton Jr., lead tech consultant at Trend. “I have one from an engine that the injector stuck and it burned halfway through the push rod. The owner calls it a $60,000 push rod cause it didn't break. It didn't burn all the way through where a tubular push rod would have. If the push rod goes bad, it will destroy and grenade a motor.

“Top fuel teams have been known to even send the H13 pushrods back to Trend after an engine failure for inspection,” continues Vinton, “and we have been able to refurbish the parts by polishing the cups and rechecking straightness.”

Sophisticated instrumentation has confirmed that Top Fuel engines generate upwards of 11,000 horsepower on a flawless run. Still under development, however, is a data acquisition system robust enough to measure the actual pressure that builds in each cylinder after igniting the potent mixture of nitromethane and methanol.

The Trend pushrods start out as 13-inch long, ½-inch diameter bar blanks of H13 tool steel. This is a versatile chromium-molybdenum alloy that resists fatigue cracking under repeated heating and cooling cycles.

It’s important that this is a solid 1-piece pushrod, and teams do not have to worry about a pressed in cup or ball breaking off with the extreme abuse the pushrods are taking,” says Vinton. “If the pushrod was to fail due to a pressed-in tip breaking, this would cause catastrophic engine damage.”

A 3/8-inch cup is machined at one end before the blanks are sent out for heat treatment. When they’re returned to the Trend factory, the blanks are inspected for straightness in a V-block fixture with three dial indicators positioned at critical checkpoints. Technicians can then straighten the rods as needed.

A bronze or copper insert isn’t used in the Top Fuel pushrods, but rather the cup is polished and matched to the adjusters used on the rocker arms.

“With Trend now making the adjuster and the pushrods, we can control the two mating surfaces to optimize wear and help prevent galling,” says Vinton.

The blanks are then nitrided, a process that brings the hardness level up to 54 to 56 Rockwell. From there the blanks are machined according to team preferences. Some like a full ½-inch diameter with a single taper that places more of the mass close to the lifter and the tapered end is needed to clear the rocker arms. There’s also a double-taper design if additional clearance is needed. Others go with a straight 7/16-inch diameter. A 3/8-inch ball is then machined on the lifter end according to the required length. Top Fuel pushrods average about 11.5 inches on the intake side and upwards of 12 inches on the exhaust.

“We also do what is called a clearance notch,” adds Vinton. “That’s about halfway down the body of the pushrod so that it doesn’t rub where it runs through the cylinder head. We try to leave the pushrod thickest where it needs to be.”

Despite the strength properties of tool steel, some teams are looking to increase the pushrod diameter up to a full 9/16-inch, or at least try .530-inch. Rules limitations regarding valve placement prevent engine builders from designing a Hemi cylinder similar to Pro Mod applications that will clear really fat pushrods.

“The teams go with as big as they possibly can, right now,” says Vinton. “Some teams don’t care if it rubs on the cylinder head. And some teams want to clear by a couple thou.”

Trend has an in-house Spintron for valvetrain development, but Vinton says there’s no test procedure for replicating the loads shouldered by the [Top Fuel] pushrods.

“The teams know the pushrods are flexing, but they’re limited by rules to what they can do to the cylinder heads to get clearance,” says Vinton. “We do whatever we can do to get them the thickest pushrod possible.”

The Trend pushrods are solid because Top Fuel engines have different oil delivery paths to the rocker arms and valve springs.

“The pro mod guys are running a lot of 5/8- or 9/16-inch tubular push rods because they do pump oil up through them,” says Vinton. “If they had a way, honestly, they'd probably run a solid tube for the abuse that they're going through.”

Stout pushrods that are heavy but stiff run against conventional wisdom that suggests the valvetrain should be as light as possible. But as noted earlier, a pushrod that flexes will disrupt camshaft timing. Engine builders soon learned that the pushrods were more suspended during the valvetrain cycles instead of being a heavy burden on the other components.

“We’re now trying to get rid of all the deflection we created by lightening everything up,” sums up Mason.