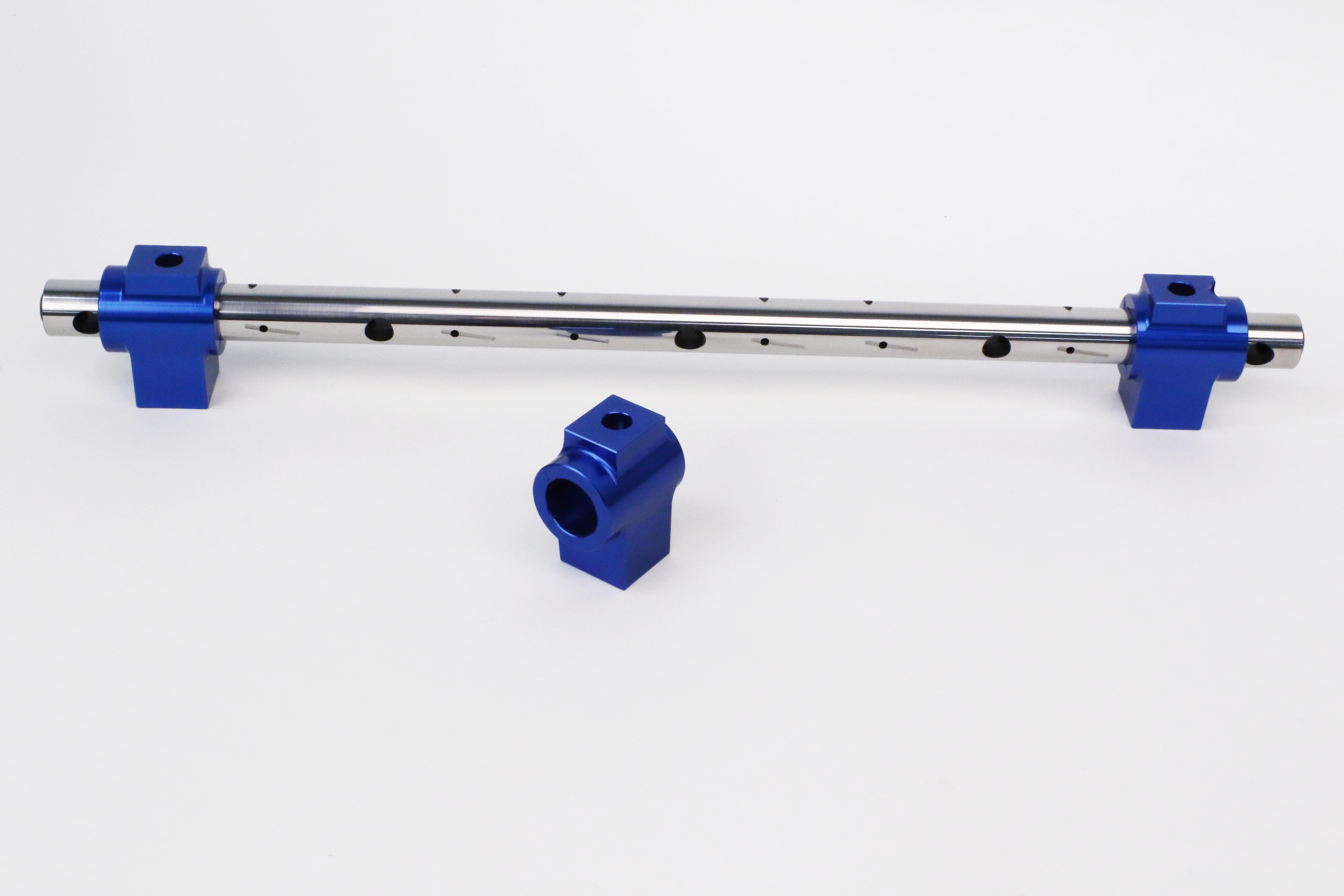 Kismet is an old Turkish word that essentially means “fate.” Like the time you heard a really cool song on the radio and then found out the band was going to be playing in town that weekend. Or when the ice cream stand is out of vanilla causing you to discover that Rocky Road is the greatest flavor ever.

Or when a forward-thinking manufacturer of high-end wrist pins for pistons realizes it has the tools to push the state of the art way forward when it comes to high-output diesel Duramax engines.

Trend Performance’s new performance rocker shafts for Duramax engines came about almost by chance. “We have a customer that buys a lot of wrist pins from us,” explains Trend’s Steve Rhodey. “We were working with him and he mentioned he wished he could get a rocker shaft that was the same quality as the finish on the piston wrist pins that we sell him.

“Actually, I think he said something like, ‘I wish you could make one of these for me 20 inches long!’ So I told him we buy the stuff in 20-foot bar lengths so maybe we could. I started asking some questions about exactly what he was looking for. So he sent over a cylinder head, and we checked it out. We looked at the oiling and saw that there are some things that we can do to help there. And we went out and looked at some failed OEM parts and what parts we thought are most prone to failure. What we determined was a poorly finished OEM rocker shaft was causing some of those failures on high-horsepower Duramax engines, so we saw an opportunity there.”

What Trend’s engineers determined was because the rocker shaft shares many of the same requirements as a quality wrist pin, they could use the same tricks they’ve learned over the years producing race-winning pins to help the diesel crowd. Just like a piston’s wrist pin, a quality rocker shaft must be perfectly straight, perfectly round, smooth, resistant to flex and strong (among other things). It must also be well designed to provide the correct amount of oil at all times to maintain a protective film between the outside of the shaft and the I.D. of the rocker arm pivoting around the shaft. If you can’t do that, it’s game over and time for a very expensive engine rebuild.

We must make clear that the OEM Duramax rocker shaft isn’t faulty, or even bad, necessarily. It is simply built to a standard: The manufacturer needs the rocker shaft to be produced as economically as possible while still able to hold up to the stresses created by a stock Duramax engine. Exceeding those specs only adds cost and cuts into profits. The problem comes when the owner decides to add more power, which is becoming much more popular in the diesel world these days.

“The range of upgrades with the Duramax is all over the place,” Rhodey says. “Some guys put 150,000 miles on the engine purely as a tow rig. They do all this workhorse stuff and then when something finally breaks, they decide they want to add a bigger turbo or an exhaust system. That’s just the bolt-on level, but some of these guys can get pretty crazy, and they are making some crazy power. That’s generally, when you are digging into the engine doing some serious engine upgrades -- maybe cylinder heads or compound turbos. Anything where you are really raising the cylinder pressures, that’s when guys are seeing the value in a rocker shaft upgrade. Any time you are going in and replacing something like valve springs or pushrods, I think it is important to at least take a look at the rocker shafts.”

One of the wear items Rhodey says Trend’s engineers noticed was the OEM rocker arm trunnion (where it wraps around the shaft). So the obvious question was why isn’t Trend producing new rocker arms to go with the upgraded shaft?

Interestingly, he says it’s because the OEM rockers are really good. Many engine builders—even on the high-horsepower diesels--are using the stock rocker arms with success after upgrading to Trend’s rocker shafts. It turns out the issue with rocker trunion wear comes from a poor oil supply feed through the rocker shaft.

So improved oiling was one of the main issues Trend looked to fix with their rocker shaft design. To help aid oiling between the shaft and the rocker arms, these shafts have specific oiling grooves to route oil where it needs to be and keep it there. Beyond that, Trend also increased the tube’s wall thickness over the OEM version and significantly upgraded the quality of the material used by going to a 4130 chromoly steel. Finally, the manufacturing process itself leads to a higher-quality product.

“What’s really cool is because we have invested so heavily and are set up to produce wrist pins that are so similar to rocker shafts that we can manufacture and sell a super high-quality rocker shaft for a really good value,” Rhodey says. “At Trend we buy 60,000 feet of chromoly tubing a year. I’ve got all these different options sitting right here on the shelf. I can choose from different diameters, different wall thicknesses, different materials—anything you could want.

“So we chose some material that we thought would work well, and we had the ends threaded. We have a really cool way to put the grooves in there for improved oiling. We’ve got some really nice, really sophisticated equipment here at Trend that allows us to do things in house totally under our control that few other people can do.

“For example, we begin with bar stock that’s already very high quality, and we put it through what we call a ‘rough grind.’ It’s not really that rough at all because once the bar comes out it is straight within about 0.005 of an inch and the roundness is within 0.000080. (That’s 80 millionths of an inch!) Then we send it out and get it case hardened carburized and get a real hard surface on the shaft. That’s the same heat treatment that we do on our wrist pins. So then we do another grind on the surface of the shaft with these cool twin-grip grinders. Usually, at this point the roundness is down to 40 or 50 millionths of an inch from perfectly round. Then we start passing it through the super finishing machine. That puts a really cool looking micro-spiral into the surface of the shaft that’s very good for oil retention and very good for DLC adhesion. So when we put that finish on there it will drop the Ra (which is a measure of surface finish) down to about a four or a six and the roundness is true to within about twenty-millionths of an inch.

The DLC coating is an option Trend offers for the rocker shafts. DLC stands for “Diamond-Like Coating” because it is both incredibly hard and incredibly slick. DLC coatings are often used on wrist pins by NASCAR Cup, F1 and top-level drag racing engine builders because the coating keeps steel wrist pins from galling in the aluminum piston pin bores despite minimal oiling because of aggressive dry sump oiling systems. For the rocker shafts, the DLC coating goes on approximately four-microns thick and increases both surface hardness and lubricity. Engine builders have found that the addition of the DLC coating helps so much that they can now run rocker arms without a bushing on the inside.

“Once the surface finish is practically perfect,” Rhodey continues, “we go through with a ball hone and clean out the inside surface of the tube just to clean it out and make sure nothing is in there. We also blend down any rough edges so there are no weak points in the structure. Then we also add the rocker stanchions, which really are works of art. They are 6061 aluminum, precision CNC machined pieces that we anodize blue and then hand polish individually. Each one is a thing of beauty.”

And then Rhodey adds, deadpan, “We tend to overkill everything.”