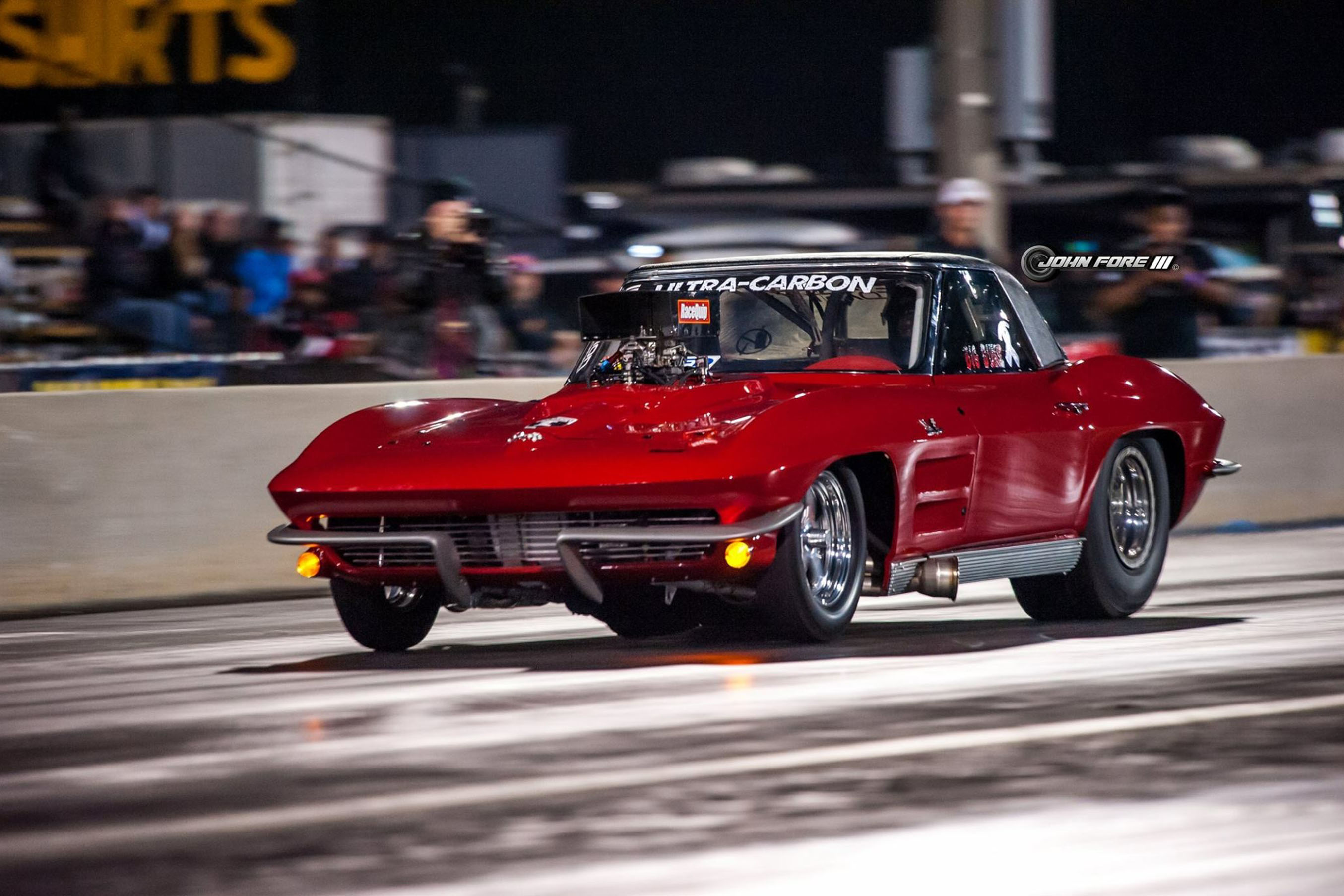 Street Outlaws driver, Shannon Poole has a history with fast Corvettes. His latest, a big-tire C2 is going to make some waves on the TV and the track.

“I’ve been racing since I was about 13,” explains Shannon Poole, a firefighter from Pascagoula, Mississippi. “My dad used to race, and he’s always been a Corvette guy, so that was an inspiration for me growing up. He’s had just about every era of Corvette, but he started with a C2.”

These days Shannon’s got a wicked Corvette of his own, but he has also ventured into other Chevrolet projects over the years. “One of the cars we campaigned recently is the ’69 Chevelle, which I raced with for two seasons on the Street Outlawstelevision show,” he tells us. “The Discovery channel asked us to build another car for big tire events, so I did. That’s the C2 I’m running now.”

Poole’s recent efforts have been focused on the Street Outlaws No Prep Kings series as well as a new show calledAll Out Live, the latter of which was put together by former Pinksproducer Brian Bossone. The C2 will be featured prominently in both. “The car was originally built for street racing,” he says. “It passed hands a few times, and eventually my dad ended up with it. He sat on the project for about twenty years – it was basically just a body. When I was asked to build a big tire car, we did a little skit in the show about me buying it off of my dad.”

The local news took an interestin the story behind the C2 as well. “We actually got the opportunity to reunite the Corvette with the family that originally owned it,” Shannon says. “This woman’s husband used to race the car back in the ‘60s, and it was great to hear about her memories with the car. That was just a really cool experience.”

Once his dad finally relinquished the car, Shannon set to work bringing it back to life, building a custom tubular chassis and four-link suspension setup for the C2 as well as a potent powertrain to send it down the track with some gusto. Under the hood is a 632ci Chevy big-block that sports a custom ground camshaft from Howards Cams, 14.5-degree cylinder heads from Race Flow Development, and a pair of Induction Solutions nitrous fogger kits, good for about 500 horsepower a piece. Poole estimates the combination makes about 2300 horsepower, all-in. Backing that brutal BBC is a two-speed Powerglide transmission, which sends the twist to a Ford 9-inch rear end.

With money regularly on the line and that much power on tap, maintaining engine reliability is crucial for Poole. “We’re also running Trend Performance’s wrist pins and push rods,” he notes. “We tear the motor down every 100 passes or so, and when we did so the other day, the pins and push rods still looked brand new. That coated pin is a bad-ass piece.”

After some initial teething issues with the C2, which was originally built to run on the street but now spends its time on prepped drag strips, Poole says the setup is really starting to get dialed in. “We’ve finally gotten on handle on the car since we’ve started racing it on All Out Live,” Poole notes. “I’m undefeated on that show thus far, so things are looking pretty good now.”