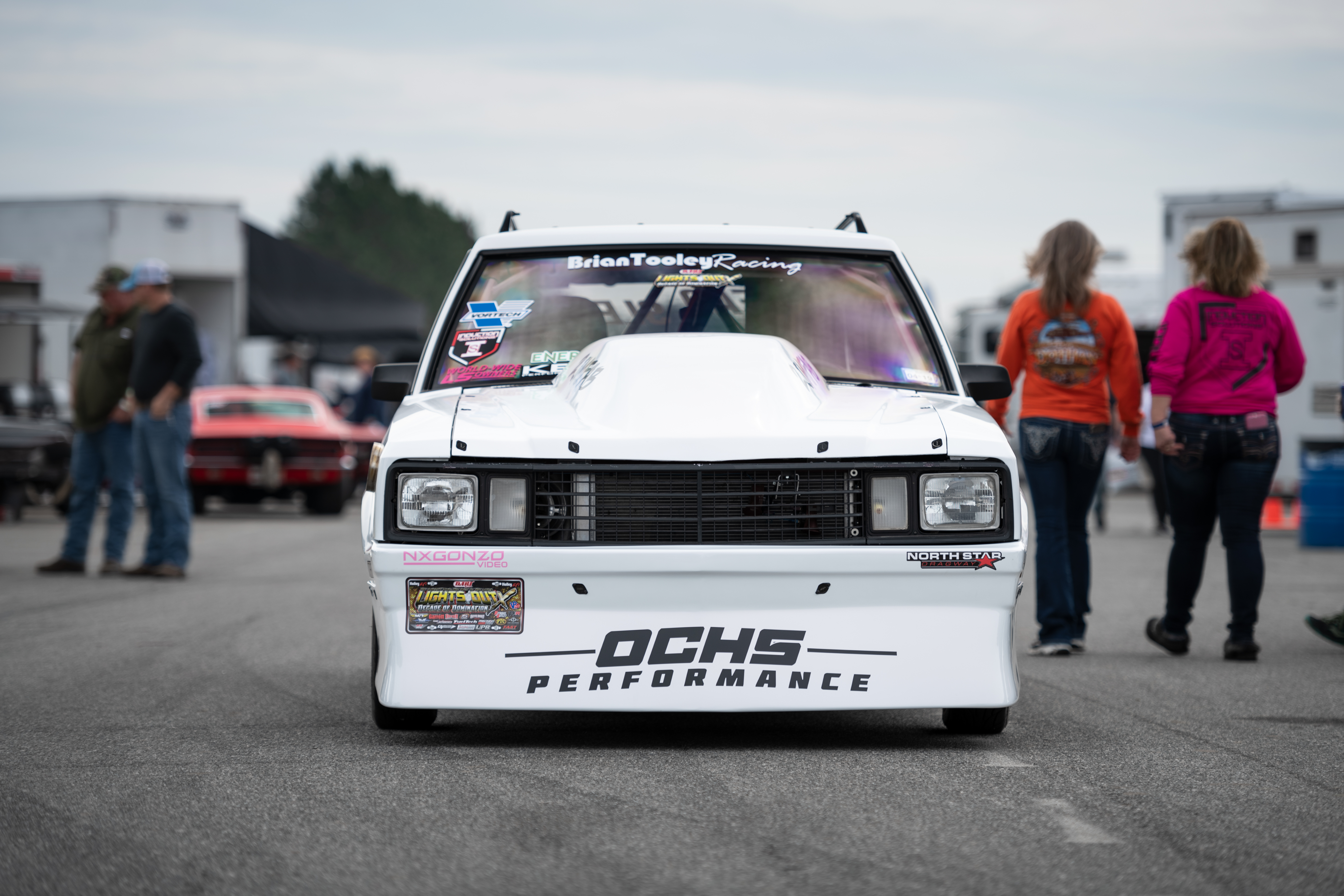 After a hard-hit, Lea Ochs is back in the saddle in a new version of her neck-snapping 1,400hp wagon!

Growing up in a family of racers, weekends at the track were a normal occurrence for Lea Ochs as a kid. After mixing it up on the street with her ’72 Nova as a teenager, Lea decided she wanted to build a race car of her own after she spent some time supporting her brother’s no prep efforts.

“So in 2013 we purchased a wagon that someone had already started on,” she recalls. “We basically threw something together and got it finished. Honestly I don’t think Gary was sure that I would stick with it – I think he thought I’d make a few passes and be done! And it was the total opposite. It just grew from there.”

Despite the low-budget approach of the build, Lea’s ’78 Ford Fairmont wagon cut quite a figure in the staging lanes. “It was really just about getting out there and having some fun – go to the local drag strip, do some test-and-tune and some grudge racing.”

But once she got comfortable with the car, Lea convinced her husband Gary to change the team’s focus toward competing at no prep races. “He really didn’t want to do them, but he agreed,” she says. By that point Lea’s LS-powered Ford was good for 4.90s, and she was looking to step up her game. But with more pace often comes more risk.

“By 2017 I was competing in the True Street and Outlaw Street classes, and we were at a Redemption race at Texas Motorplex,” she says. “I was probably the second car down the track at that event, and my competitive side just got the best of me when the car got loose. I shouldn’t have gotten back in the throttle, but I did.”

Unfortunately the gamble didn’t pay off in that particular instance, and the wagon went into the wall. Both the car and Lea were badly banged up. “The car was wrecked in May and I didn’t actually see it until July,” she tells us. “That’s when we realized it was a complete loss – there was no bringing that thing back.”

She was undeterred, though. “We started pulling the things off that we could salvage and started searching for a ‘new’ replacement wagon. We wanted one that was the same year and model, and that’s how the Lead Sled Resurrection came to be.”

This time around the team decided to diversify the portfolio. “Gary was adamant about not doing no prep races anymore, but I needed to get out there one more time and go out on a high note,” Lea explains. “So last year, Armageddon was the only no prep race I did, and we also went to Drag Week. These days we’re competing in the Ultra Street and the Limited 275 races. At this point we’re really kind of spreading our wings to see where the car works the best.”

In contrast to the original Fairmont wagon Lea was campaigning, which was essentially someone else’s project that the team finished in order to get her out on the drag strip, the new build started as a truly blank state. “It was a grandma’s station wagon,” she says. “It was really clean, hadn’t been touched – it wasn’t even for sale, actually. Someone told me about the car and, oddly enough, the guy who had it lived in the Oklahoma town where I grew up. I called him up and he agreed to sell it to us to help me get back out there.”

Lea says the new build took roughly a year, and the team hand-picked the folks who were involved in the project. “I feel like this one is close to perfect,” she notes. “Lots of really good people went the extra mile to help – the guy that did the cage came out of retirement to work on the project, which was a really cool.”

The team has three different setups they use depending on the event, with the Ultra Street combination seeing the most track time these days. That combination consists of a 363ci Dart LS Next Pro block with a Callies crank, Diamond pistons, Trend pushrods, and a custom cam from Brian Tooley Racing. Up top there’s a pair of Trick Flow cylinder heads and a Brian Tooley Racing intake manifold, while forced induction is provided by a 76mm Precision turbo.

Working with a Nitrous Outlet interspooler, it’s a setup that’s good for about 1,400 horsepower by Gary’s estimate, but the block has seen as much as 2,000 hp in the past without incident. “I build motors, and for an iron block, the Dart LS Next Pro is my block of choice,” he tells us. “Great strength, great metallurgy, and it fits a lot of applications. It’s my go-to block.”

With this build, it was safety that took top priority. “We set out to build the safest-possible door slammer,” Gary adds. “We didn’t build it around any specific series or class – we’ll race where we fit.”

These days that’s Ultra Street and Limited 275. “We decided we throw our hat in the ring with Ultra Street and head to Lights Out, No Mercy, do some Limited racing, etc,” Lea says. “2019 is about branching out.”

The team’s next event is LSX Versus the World in Geuda Springs, Kansas. “After that we’ve got a whole slew of things lined up – we’re headed to Michigan for the Woodward Avenue cruise, we’ve got some local races, No Mercy in Georgia, and then whatever else pops up. We want get out there and be all over the place.”

And Lea’s got no plans to slow down any time soon. “The car doesn’t have a ton of passes on it yet, but it’s already gone in the 4.90s and we expect to get it down into the 4.60s – that’s what we need to be competitive in Ultra Street. The next few weeks are about pushing the limits of the car and seeing where we end up. I’m really excited about running this Ultra Street class as well as the Limited 275 events. And we’re skipping Drag Week this year because we want to focus on the No Mercy race – when you do Drag Week, that’s kind of all-consuming.”

But she assures us they’ll be at Drag Week next year. “Right now I just want to push the limits and see what the car is capable of. We want to get back out there and prove that this car is even more competitive than the last one.” 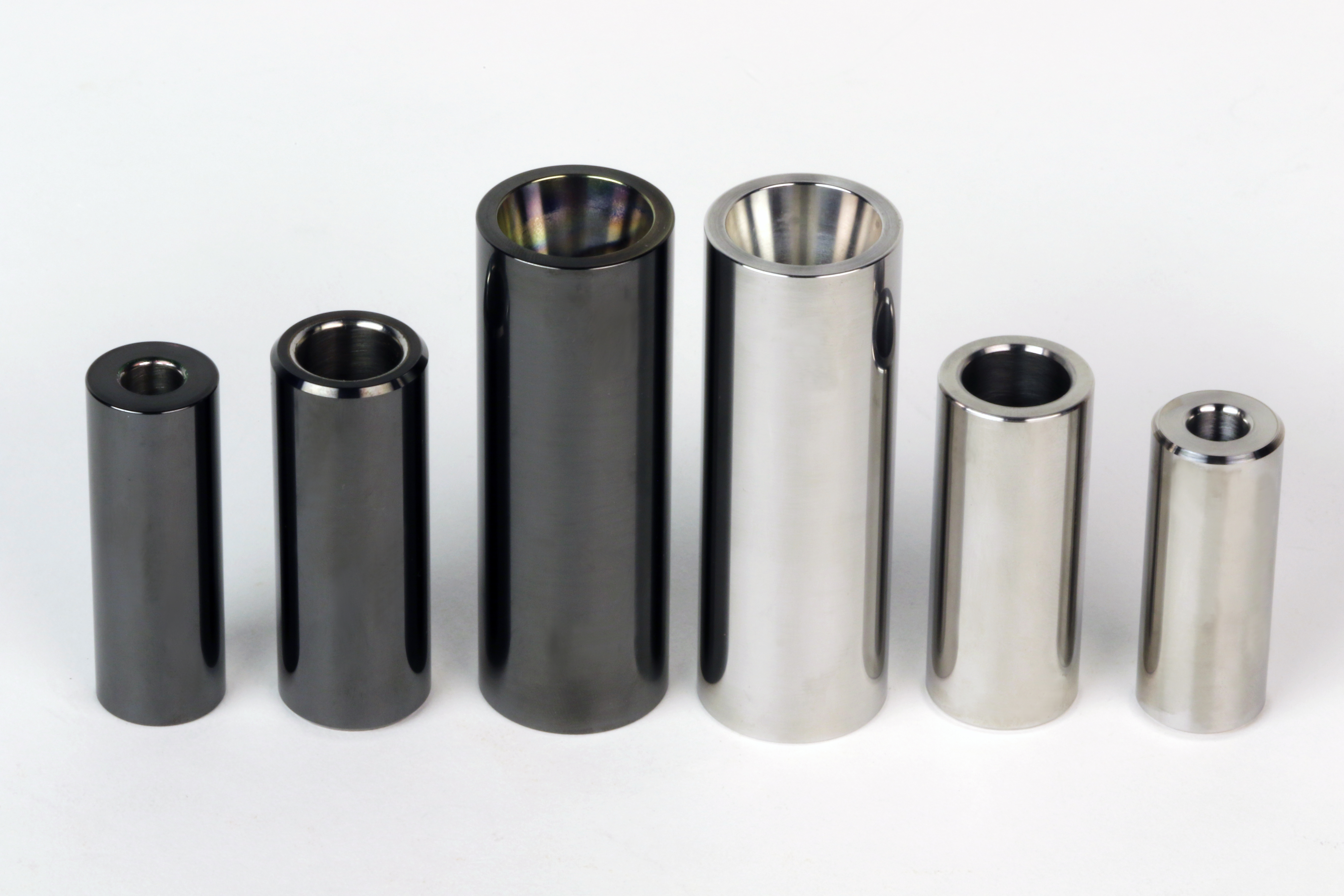